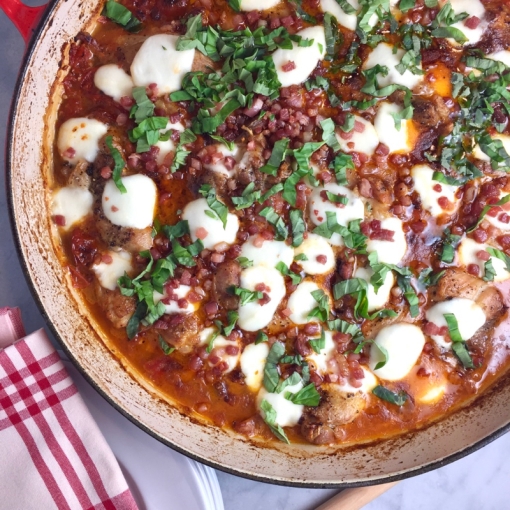 Wow. This dish was AMAZING. I would describe it as a lighter take on chicken parmesan, but it even brings that classic dish to another level with its more complex flavors.

The first time I made this dish, I served it with roasted red potatoes and roasted broccoli on the side. Realizing that it would have been more perfect with pasta, we “had” to have it again. Absolute perfection served over rigatoni!

This recipe was adapted from the New York Times, contributed by Melissa Clark. She referred to the dish as “Pizza Chicken.” 🙂 I used boneless skinless chicken thighs instead of bone-in, increased the garlic, decreased the pancetta, and used ciliegine instead of bocconcini. Fabulous!!

Update: I made this delicious dish using fresh tomatoes (updated below) from another version of this recipe adapted from Dinner: Changing the Game by Melissa Clark. Also incredible! 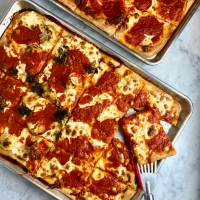