This was such an elegant, fresh, tasty, and quick-cooking dish. It is part of a recipe collection that Food and Wine published for their 40th anniversary titled “Food & Wine: Our 40 Best-Ever Recipes.”

The recipe was contributed to this special issue by Marcella Hazan. I modified the ratio, using less swordfish but the same amount of sauce. By serving the fish over a bed of rice, the rice absorbed all of the extra deliciousness.

I actually have a third tasty soup to share. This one is reminiscent of one of our family favorites, Lentil-Kielbasa Soup. Don’t worry- it’s not so similar that it will prevent me from making my tried and true lentil-sausage soup as well this season. 🙂

This recipe was adapted from The New York Times, contributed by Sarah Digregorio. I used French green lentils instead of black lentils, modified the proportions and incorporated a mixture of CSA greens including beet greens, broccoli greens and escarole. I also garnished the soup with my CSA parsley instead of basil.

This soup could easily be made on the stove top instead of in a slow cooker. I loved that it gobbled up my CSA greens too.

I have a couple more zucchini recipes to share. I receive a healthy amount of zucchini in my CSA share and I enjoy finding new dishes to make with all of it. I recently roasted a zucchini or two with fresh thyme and CSA onions, then added my special CSA corn (raw), and used it as a calzone filling. Delicious!

I knew that I would really enjoy this wonderful zucchini dish because it incorporates farro and arugula- my favorites. I ate it as a main course but my husband ate it as a side with grilled chicken and roasted potatoes. Everyone was happy. 🙂

This recipe was adapted from The New York Times, contributed by Sarah Jampel. I roasted the zucchini and increased the amount of arugula. I also decreased the amount of salt and oil and used a combination of basil, predominantly, with parsley, and oregano in the finished dish.

My non-pork tenderloin-eating son gobbled up these bites of meat! The sauce and seasoning were absolutely delicious.

This recipe was adapted from Milk Street: The New Home Cooking by Christopher Kimball. I doubled the recipe to use two pork tenderloin. We ate it with Basmati rice and green salad. Fabulous.

I love springtime pasta dishes loaded with vegetables. This version was creamy, rich, and absolutely delicious. Chopping the asparagus so that it could be completely incorporated throughout the pasta was genius.

This recipe was adapted from Ruth Rogers of River Café London: Thirty Years of Recipes and the Story of a Much-Loved Restaurant cookbook, via Food 52. I modified the proportions to use one pound of pasta. I also left the asparagus tips intact. Amazing! 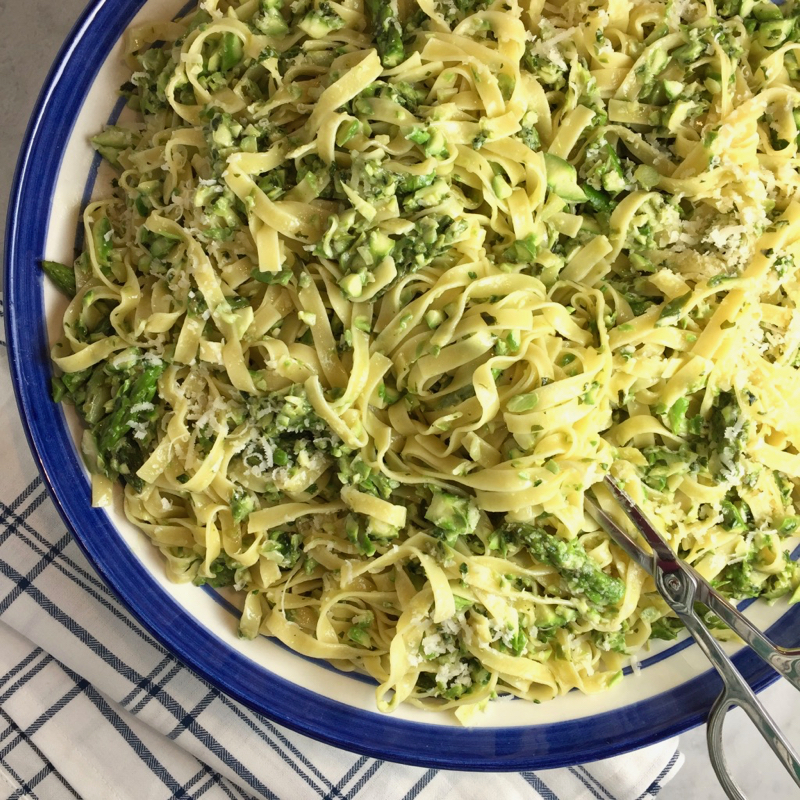 I was immediately drawn to the photo of this dish when I first spotted it in Bon Appétit magazine because it looked incredibly saucy. Maybe my expectations were too high regarding the amount of sauce, but next time I may even make 1.5 times the amount. It’s all about the sauce! 🙂

This classic marinara sauce was described as “the little black dress of Italian-American cooking.” This version, as well as the stuffed shells recipe, is from Palizzi Social Club in Philadelphia, PA, via Bon Appétit. The magazine rated it one of the Best New Restaurants in America in 2017 (#4). Quite an endorsement!

For the Classic Marinara Sauce:

Note: Sauce can be made 1 week ahead. Cover and chill, or freeze up to 3 months.

To Complete the Dish: 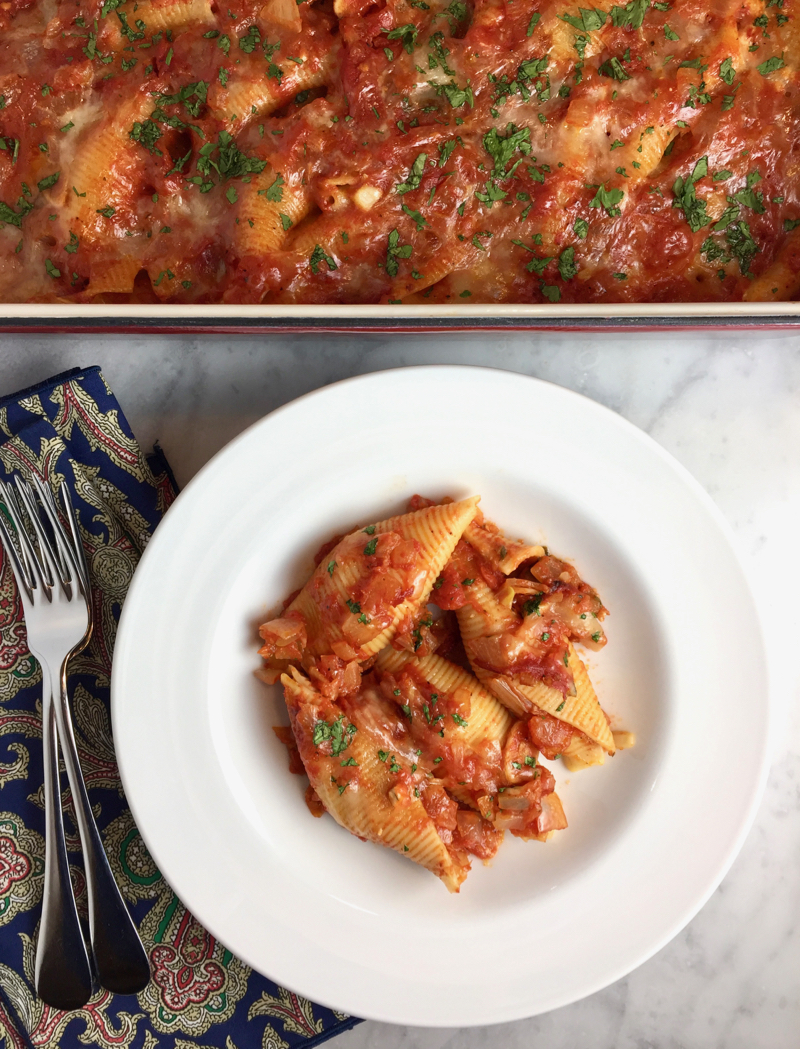 One Year Ago: Bucatini with Lemony Carbonara

It’s been a while.

Belated Happy New Year! 🙂 Although I haven’t been posting, I have been cooking, of course.

It has been absolutely freezing here. Freezing. My husband requests some sort of chili or stew for dinner in cold weather. Needless to say, I have a handful of wonderful new cold weather soups to share.

This vegetarian “chili” incorporated both ancho and chipotle chiles as well as roasted garlic. My favorites! 🙂 I also loved the pop of flavor from all of the fresh herbs. It was flavorful and fabulous. An added bonus was that the flavors developed over time and the soup was even better the following day.

This recipe was adapted from one of my favorite vegetarian cookbooks, Fields of Greens: New Vegetarian Recipes from the Celebrated Greens Restaurant by Annie Somerville. I doubled the recipe, increased the lentils and tomatoes, used whole San Marzano tomatoes, substituted fresh thyme for oregano, and increased the heat by using additional chipotle chile puree.  I also modified the technique to roast the garlic. 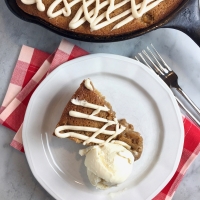 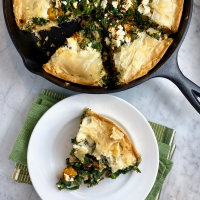 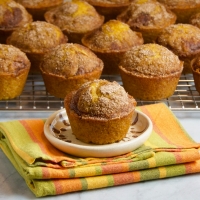